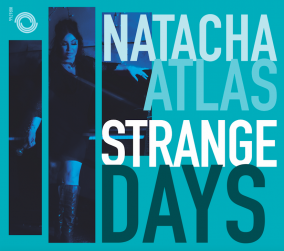 Born in Belgium, Anglo-Egyptian Natacha Atlas began her international career in 1990 singing in Arabic and performing Arabic dance (raqs sharqi). Performing in Arabic to global audiences, Atlas rapidly gained prominence as one of the first few Western-based artists whose mission statement was to symbolise Arabic culture. She exploded onto the British & European charts as the front-person of multi-cultural phenomenon Transglobal Underground with their debut album Dream of 100 Nations (1993). Soon after, she released her debut solo album Diaspora (1995) to international critical acclaim. This marked the start of an indefatigable worldwide touring schedule and endless interdisciplinary collaborations with luminaries of their respective fields (see CV below).

She followed with Halim (1997), named in tribute to legendary Egyptian singer Abdel Halim Hafez. Her third album Gedida (1999) which featured her ground-breaking Arabesque re-invention of Mon Amie La Rose earned her a French Victoire award. It has since been hailed as a modern classic and is now a landmark reference point for Francophone and Arabic-speaking artists of all generations. Around that time, the French press coined the term cha’abi moderne to describe Natacha’s work andthe works of other artists she inspired to follow in her footsteps. Several other electronic-based solo albums ensued which further explored different aspects of traditional and contemporary Arabic music. Atlas always combined this with an extraordinarily wide range of Western pop culture and musical references.

Natacha Atlas has always found and continues to find new, exciting and remarkable ways of staying true to the mission statement that she devised for herself at the start of her distinguished career.