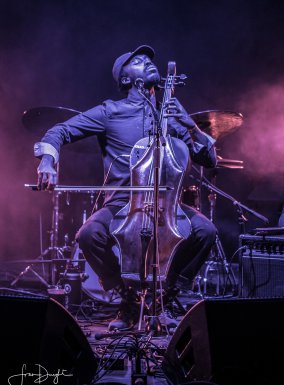 The cello is sublimated by a modern approach whose new sounds will carry away both hip hop and classical music lovers.
Jordan's voice navigates between the power of an earthy rap and a solar soul.

The soul of this mixed music has already found its audience in the United States: